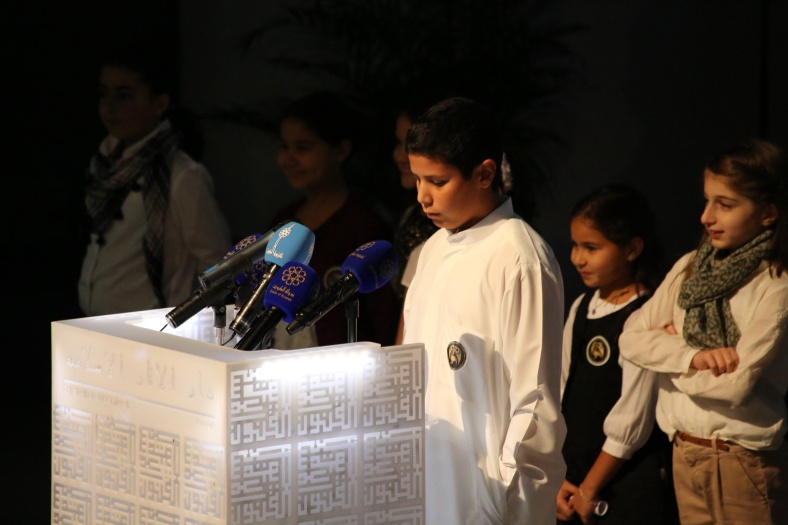 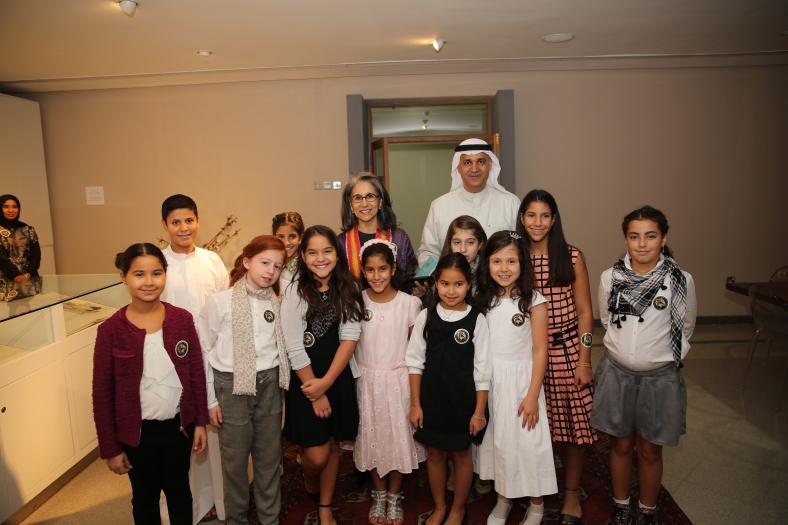 Ms Maha al-Essa, DAI docent and Children’s Art Workshop (CAW) volunteer teacher, began the programme, welcoming the guests and outlining the evening’s activities. She then introduced HE Sheikh Salman Sabah Salem al-Sabah, Minister of Information and the Minister of State for Youth Affairs.

In his remarks, the Minister praised both the children involved in creating the exhibition and the DAI for continuing to further cultural awareness in the community.

“This exceptional exhibition, the first of its kind in the Gulf region and the Middle East, was created by children, who were instrumental in every aspect of preparing Long Ago Zoo. This demonstrates what the DAI has made a priority since its inception three decades ago: engaging with children through publications and activities,” said the Minister. “Today we witness the opening of an exhibition that begins a dialogue guided by the perspective of children. We also are reminded of the brilliant work of Ibn Muqaffa’, the magnificent scholarship of Muslim thinkers, and the role of the DAI and Kuwait in promoting the artistry of our civilization.”

Sheikha Hussa Sabah Salem al-Sabah, co-owner of The al-Sabah Collection and DAI director general, followed HE the Minister, thanking him for his kind words and on-going support for DAI activities. She recognised the work of the Children’s Art Workshop participants as “chief curators” of the exhibition and of the students from the government and private schools and the Kuwait Little League who also served as “curators.”

“It is not unusual for people my age to think ‘I wish I was younger. Today that feeling is particularly strong, as I envy the opportunity these young people have had. They spent the last eight months doing everything that needs to be done to open an exhibition. They planned and discussed, but most important, they dreamed, imagined and created.”

Sheikha Hussa concluded by introducing Abdulrazaq Khaled al-Abdulmughni, who spoke on behalf of all the children who participated in creating the Long Ago Zoo: Animals in The al-Sabah Collection exhibition.

“We are extremely glad that you came tonight,” said Razaq. “We want you all to experience an exhibition about Islamic animal artifacts curated by children. The DAI thought that the best people to curate an exhibition for kids were kids. So they asked the DAI Children Art Workshop if we wanted to do it, and we said yes. I hope, after you visit Long Ago Zoo, you’ll agree that children can do great things when given the chance.”